L.V. Byrd grew up in eastern Oklahoma, where a good tree was a valuable asset. This is where his reverence towards trees began. He referred to them as the lungs of the planet, always being good for a little shade on a hot day, but he knew their value to be greater than that. 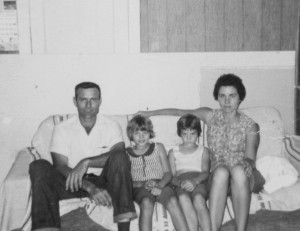 During the 50’s he saw the trend of the American farmer was to bulldoze down trees so he decided to save a few, over 4,000 so far. He devoted his life to the pecan tree and if there ever was a man who know a thing or two about pecan trees and the nuts they produced, L. V. Byrd was that man. It was never a struggle to get Vernon to talk about pecans – the struggle was finding the time for the entire conversation in one sitting.

We want to share a little bit about us and our family and the outcome and landmarks of a dedicated life. Vernon passed away in 2003 but his passion for pecans continues through his wife, children, grandchildren, and great grandchildren – as it takes all of us combined, to fill his shoes.

What Our Customers Say

Michael Mootsey
The Black Walnut meats were fresh, tasty, and well packaged. Meet all descriptions and expectations.Arrived in stated time,Would recommend to anyone. Got to get them in some favorite recipes before the squirrels attack me! (From a Dec. 15, 2014 review of Byrd's Pecans left on the Local Harvest website.)

Frank H. of Lawrence, Kansas
Byrd’s is the best. Their pecans are tasty and a great value. Their pecan brittle is the bomb. The ladies who run this are friendly and quite knowledgable. (From a review posted on Yelp, October, 2013)

THE 2020 CROP LOOKS GOOD AND WILL BE AVAILABLE STARTING OCTOBER 15, 2020 AT OUR VIRGINIA, MO LOCATION. Dismiss